Figure 1: December 1901 drawing of Cresco station area, Steamtown NHS drawing 51850-BK-001 [cleaned by Kim Williams]
The Delaware, Lackawanna and Western Railroad built the “Southern Division” in 1856. Around that time, a separate (probably private) branch railroad was built to serve White’s Tannery in present day Mountainhome. This railroad is shown on several early maps, such as the Beers Atlas of 1875, and is also mentioned in several property deeds. The name was usually given as the Oak Valley (or Oak Valley Branch) Railroad. The Lackawanna bought the railroad in 1895, according to the Lackawanna’s Valuation Map of 1918, and it eventually became known as the Mountainhome Branch.

Scaling the valuation maps, the freight house was about 58 feet long on the track side. The short end (about 10 feet long) and long end (about 39 feet) were perpendicular to the track side, and the fourth (angled) side was about 65 feet long. These dimensions are approximate; keep in mind that the scale of the drawings are 1 inch equals 100 feet, so are pretty small scale. The lines showing the buildings are about three feet wide! As a comparison, the station scales to about 65 feet by 19.5 feet; it was measured at 67’- 4” by 20’- 4”.

Another plan from the Steamtown NHS archives shows proposed changes to the landscaping in the area around the station. This drawing was undated, but apparently drawn to a scale of 1 inch equals 20 feet. The scale was determined by printing the relevant area at 100% and measuring the depot. This drawing shows the freight house at 60 feet long along the main tracks, sides 10 feet and 40 feet, and the angled side as about 70 feet long. The length of the angled side can be calculated using the Pythagorean Theorem; this results in a length of 67 feet 1 inch. Note that the meridian (“North arrow”) is nearly straight down in this drawing. 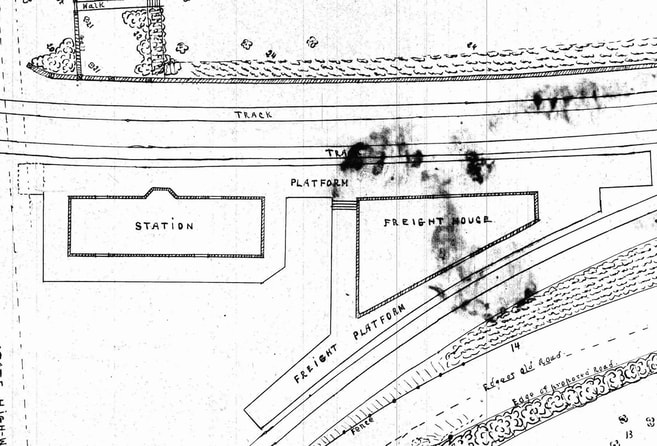 Figure 2: Portion of Steamtown NHS drawing 52269-BL-001
​The building has a very unusual shape. It fits between the mainline and the diverging branch line, and has a hip roof with a large overhang. Pictures are uncommon, but a few have been found which provide useful information.

Figure 3 provides one of the better overall views of the freight house. The exact date is not known, but two events give a rather narrow range. In 1954, the present highway overpass over the tracks was built, and the grade crossing next to the station was closed. In March of 1958, the canopy along the platform blew down in a heavy snowstorm. This picture shows the closed crossing and also the canopy.

Careful examination of other pictures reveals that some changes were made during the life of the freight house. Pictures from 1916 show that the high level freight platform along the branch track extended west of the building, around the shortest side of the building, probably by around 20 feet. This was removed by the time of the 1950s picture. Likewise, the bottom edge of the door on the mainline side of the building (the south side) was lowered; the early pictures seem to show that the door threshold was about 4 feet above track level (the height of the high level platform and the thresholds of the other doors). That door had been lowered by the time of the 1950s picture; the trim along the lower edge of the building on this side had also been lowered. 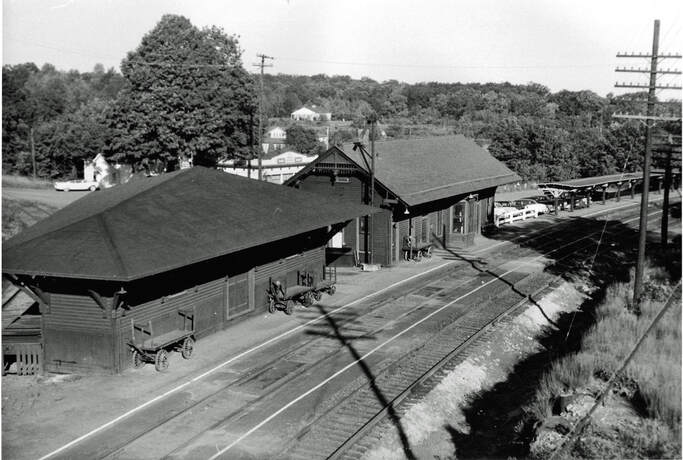 Figure 3: The freight house, after 1954 and before March 1958
​The shape of the roof is very peculiar. The ridge beam is not horizontal; it is higher at the east end than at the west end. Details of the construction are not available, but it must have been complicated. With the large span at the east end, one would suspect that a column might be included.

The roof had a large overhang, perhaps 8 feet, supported by heavy timber brackets. One bracket was installed at each of the four corners; these were longer, and installed at an angle to support the corner of the roof. Additional brackets were installed straight out from the walls, evenly spaced except with slightly wider spacing at the freight doors. The short west side had two brackets; the south side had eight; the east side had six; and the angled north side had ten. The freight doors on the north and south sides were centered on the wall, while the freight door on the east wall was offset to the north, as seen in Figure 4. 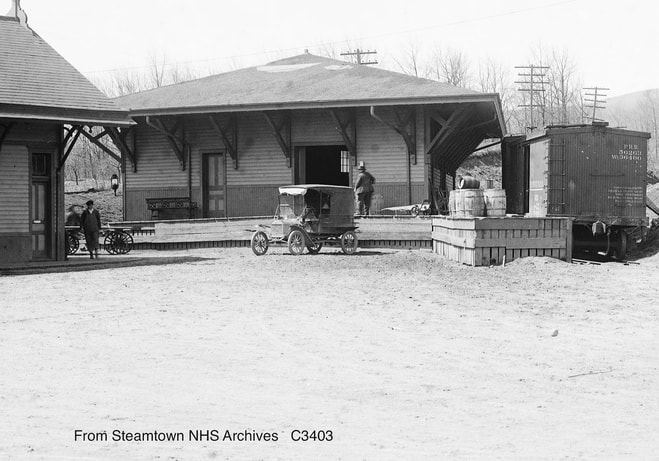